Ohio State junior forward EJ Liddell has announced that he will be entering the 2022 NBA Draft and will be hiring an agent. 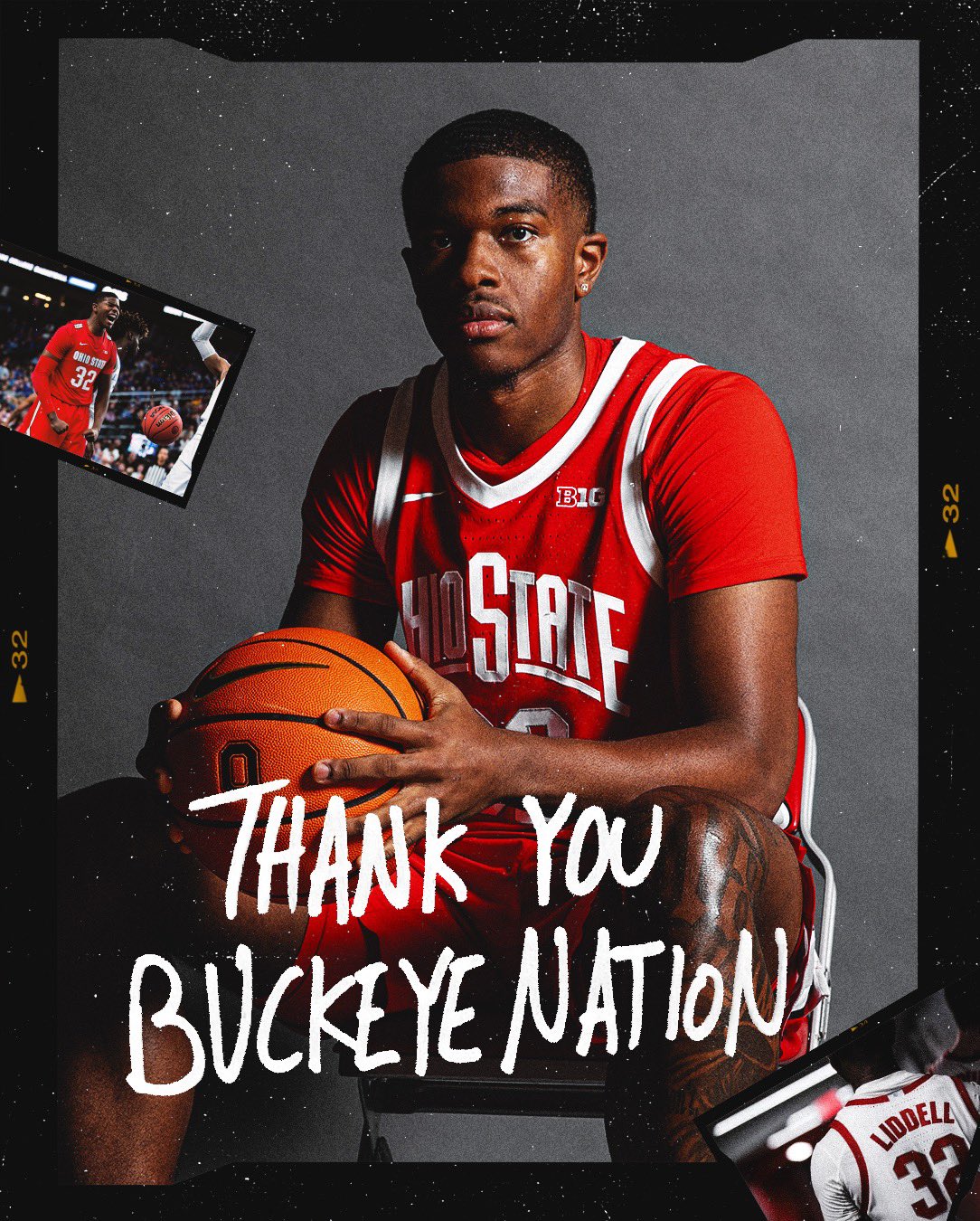 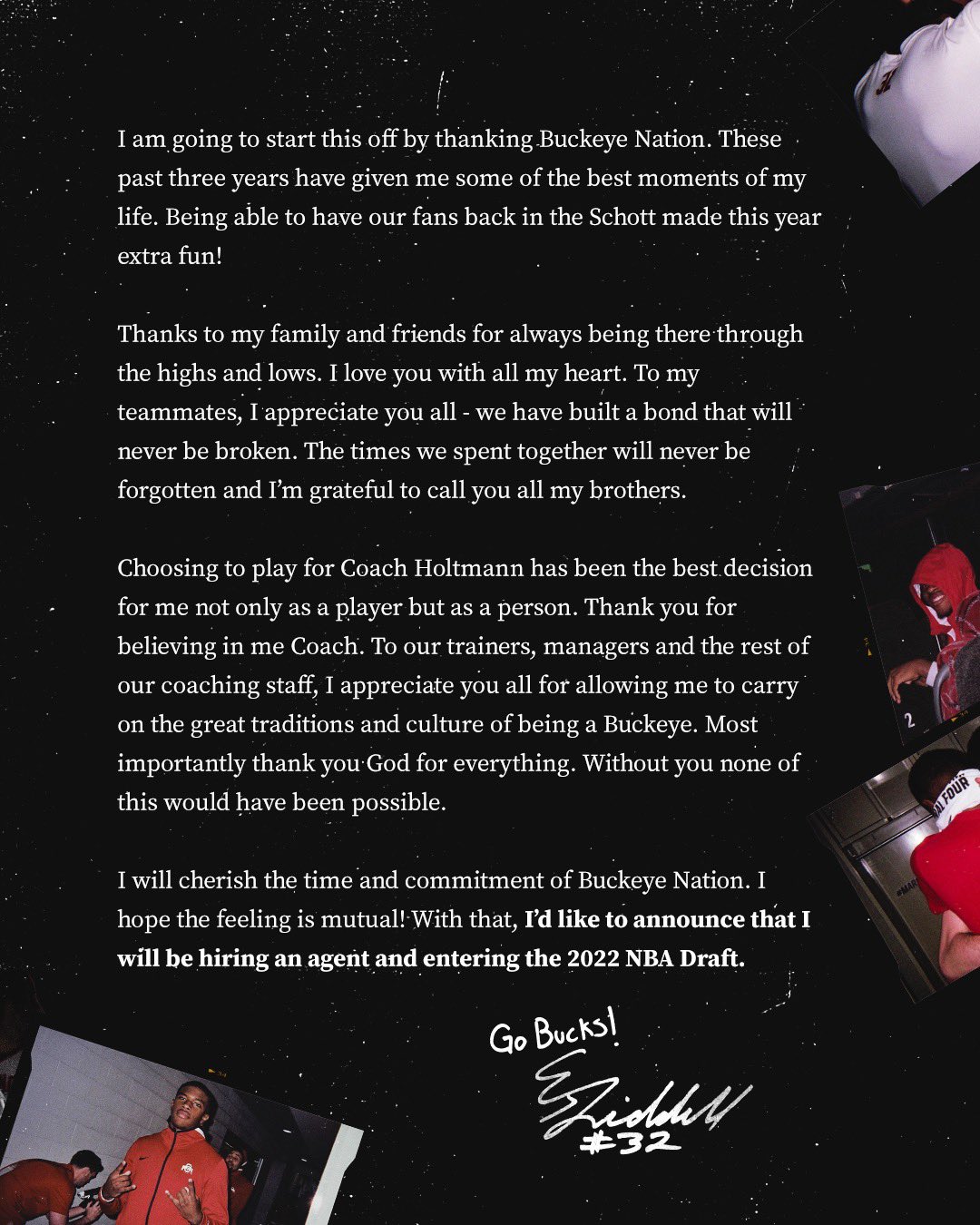 Liddell averaged 19.4 points, 7.9 rebounds, 2.6 blocks, and 2.5 assists per game. He is only the third player in the last 30 years to average numbers like that, joining Jason Thompson of Rider and Tim Duncan of Wake Forest.

Liddell earned All-American accolades for his performance this past season and was a two-time All-Big Ten selection.

Liddell scored in double figures in every game this season and had 13 games of 20 or more points. He became the 33rd Buckeye in program history with 1,000 career points and 500 career rebounds. He finished with 1,298 career points, which is 32nd on the program’s all-time scoring list...
Click to expand...

T
Malaki Branham Selected In First Round Of 2022 NBA Draft, EJ Liddell Taken In Second Round

I
EJ Liddell Out Indefinitely With Non-COVID Illness