Ohio State continued its run of combining a balanced offense targeting the weak spot in the opponent’s defensive scheme with its revitalized, cover-4 focused defense, in its 54-7 win over Indiana.

The Hoosiers opened frequently playing variations of a tite front —which generally places three down linemen inside the offensive tackles to each side (a 4i technique) and a hybrid stand-up linebacker away from the passing strength. 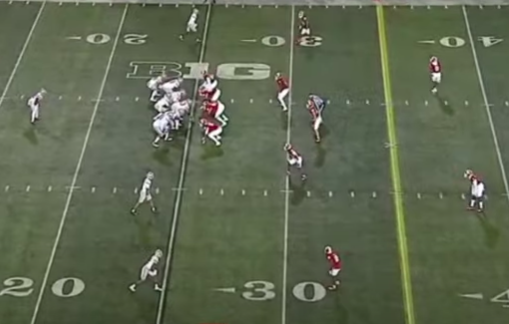 The Hoosiers then often played a soft cover 4 Mod on early downs—with their front six focused on the run—combined with some cover 1 man blitzes on third down.

But Indiana’s condensed front run focus and concern about vertical throws provided Ohio State ample horizontal run and pass game opportunities.  One genesis of the tite front was to take away inside zone from spread teams by...
Click to expand...

There was another play where the IU receiver was wide open around the 15 yard line on the hash line but the QB either put the ball on the wrong side or the receiver turned the wrong direction. What happened with that coverage if you remember the play.

I'd love to see Kourt Williams play more!
Show hidden low quality content
You must log in or register to reply here.